This is blog category

We are a professional company and all of our boats are full licensed and maintained to U.S. Coast Guard and BVI Ports Authority requirements. Safety is our number one concern and we spare no expense in our maintenance program and high safety standards.
Our fleet:

This 50 foot ‘Marine Management’ vessel is the pride of our fleet. She is US Coast Guard inspected and approved for 49 passengers or 35 scuba divers plus six crew. (Don’t worry! We’re not that busy! We use her for large groups from Tortola and other islands). We brought her down from Florida where she was considered the finest Dive Boat in Miami! She is actually the largest Dive Boat now in the British Virgin Islands and is powered by two powerful diesel engines.

This powerboat is a 27-foot Custom Dusky built in South Florida. The modern Center-Console style is ideal for private snorkeling and one that we like to use for Eco-tour excursions. She comfortably seats 10 people on thick custom cushions and is powered by twin 15hp Evinrude Outboard engines. This sleek vessel is also fitted out for fishing with rocket launchers, gunwale and bimini rod holders. We have her set up with dive tank holders as well for individual or small group custom dive excursions… especially when we are going offshore to do the Bluewater diving!

This 26-foot vessel has been all around the Virgin Islands and just keeps on making scuba divers smile! She is a Privateer brand powerboat built in the USA. Starting her dive career on the island of Saba, she was moved west and became one of the original, if not the first, dive boat on St John. Later she was converted to fishing for a local in Cruz Bay. Capt Colin loves this boat and had his eye on it for years! He was persistent, even though the gentleman did not want to sell it, and eventually it came to be part of the Jost Van Dyke Scuba fleet… of which it will never leave! Undergoing a major refit and converted back to SCUBA diving, she was set up with a new 150hp E-Tec engine and is a wonderful platform for small group, personalized dive and snorkel excursions.

Colin was so happy with our Privateer powerboat ‘Mustard Seed’, that he looked all over the Caribbean for another one! We found Zerubbabel on the island of St Barts and made the owner an offer he couldn’t refuse, then took her to St Maarten to put new engines on her. She was fitted with twin 2008 60hp E-Tec engines. Capt. Colin and Joe Natural then christened her one morning and fished her across the Anegada passage on a 16 hour journey where they packed the coolers full of game fish on a fun-filled adventure!!! She has proved to be an excellent addition to the JVD Scuba fleet and we look forward to taking you out on her.

The World renowned “Dive Mecca” of the British Virgin Islands is pleased to acknowledge that the North-West out-island territory has finally been opened up for underwater exploration through Jost Van Dyke Scuba. 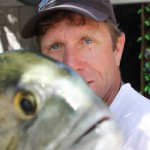